26 years ago I embarked on a new hobby: Reggae Radio. It was Spring of 1988. My college roommate and I were in the Pie Pizzeria near campus at the University of Utah. They had the local community radio station on their Hi Fi: KRCL 90.9FM

KRCL 90.9FM, where I have deejayed now for 26 years is a Community Radio station

*Radiothon is where the station interrupts regular programming, for a week or ten days at a time,  to entice listeners to pay to become members. The price of not taking advertising. (By license, non-commercial stations are not allowed to accept advertising.) We run Public Service Announcements for non-profit  groups and charge local business underwriting. “Smile Jamaica is sponsored by One Stop Smoke Shop.” Lowkey, non-advocacy. Can’t say, “Come on down to One Stop Smoke Shop”.

Back to my story….

Roomie and I were having a slice and heard that KRCL was looking for new volunteers to host shows. The two of us had been involved with the re-start of the U of U’s college station called KUTE. Even though KUTE only broadcast in the student union, it did give me a little bit of experience on how be “on mic”.

Long story short: I had been doing a Reggae show on KUTE called Positive Vibrations. My roommate was into contemporary 80’s music and they weren’t looking for that. I got the nod to be trained. He did not.

Chris Gittins (RIP) was a long time programmer at KRCL and he trained me on the ins and outs, the rules and regs. Great guy. Very good mentor. KUER’s station manager John Greene (or as I call him Juan Verde) was KRCL’s station manager. Another top rank radio man.

In most community radio stations you have to pay your dues. And that means graveyard slots. Mine was 3-6 AM Monday Morning. I would try and sleep for a few hours, Sunday night,  and then set the alarm with plenty of time to drive to the station. During the coldest winter in decades.

I called my show 3 O’clock Roadblock from Bob Marley. However, it wasn’t Bob but Black Uhuru who were my favorite Reggae group. I always started off a show with one of their selections.

My first show was 4th of July Weekend (July 2), 1988. It was fun and gave me plenty of time to figure out how to do radio without a ton of people listening in.

I went to San Francisco in early June to “load up” on Roots: Vinyl discards in San Francisco, Berkeley, Oakland, San Jose, Sacramento, Reno. Started buying some CDs too. CDs were fresh and the Vinyl was cheap as people got out of the wax and into the aluminum (or whatever Cds are made of.)

I programmed 3 O’clock Roadblock from July 1988 to August 1989. I couldn’t hack the disruption every Monday after crashing at 6 AM and trying to sleep.

But then the host of Smile Jamaica at the time, John “Rutabaga” Reese, was looking to transition back to a true weekend lifestyle.  I apprenticed with him starting October 1989 (Radiothon weekend). We did the show together, alternating sets, for a while. Then every other weekend. Summer 1989 I came back from another crate dig in the Bay Area and he called me to say he was ready to let me fly solo.

And I never stopped. So today is a celebration of 26 years of Reggae Radio. More than half my life.

I come from the land of the ice and snow. I don’t do well in the heat. I just got back from a combo style work gig in Las Vegas built around a couple days of cratedigging. In 112 degree heat. Vinyl is Vital, indeed!

So to celebrate 26 years, today’s Smile Jamaica Ark-Ive, will be devoted to  the Black Wax Attack. Had a nice little score of Vinyl rarities for sure-ty last week. Made sure they didn’t melt in my car from the Record Shop to my hotel room. I have been rinsing them out all morning. Pulling together 3 bags of vinyl: Lps, 7″, 10″ and 12″ singles. Soundtrack to this blog post! I am the ultimate multi-tasker: I listen as I write.

When you crate dig for Reggae vinyl there is always going to be these titles: UB40 Labour of Love, 70’s Third World, 80’s Jimmy Cliff and Steel Pulse. Surprisingly little in Bob and Peter. They must sell as soon as they get to the racks.

The reason for that is: the major labels, who dabbled in Reggae,  sent promotional vinyl. Free wax in return for airplay. Often times, they would issue special dance mix singles. THAT is what I look out for. 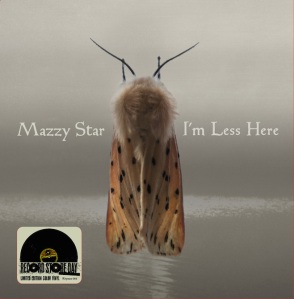 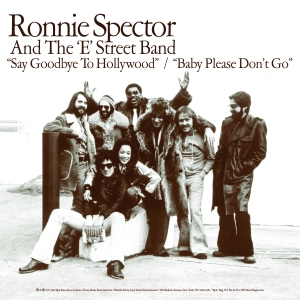 Driving back from Vegas, I stopped in for gas and  hit up Cedar City’s record shop: Groovacious

Found some nice titles on CD. A Euro Horace Andy, a Culture re-issue I didn’t recognize.Joe Gibbs 12″ Comp for $4 (Roots sounds better at $4 than $14).