“Tribal War. We don’t need no more of dat” – Dillinger

Ruff week at the Smile Jamaica Ark-Ives. Pretty vexed that on the same weekend my TV puked, they  “fired up” the Cold War (pun intended) in Ukraine. And my hay fever went Chernobyl.

I hacked and wheezed through the air checks on this week’s Ark-Ive. My apologies. So I have to protect my voice. My “radio instrument” connecting Reggae stories to Reggae music.

I went to my pharmacist and said I was Fukashima level allergy on its way to bronchitis. What over the counter pill would be kosher/halal with my Doc’s meds? She said some none of the placebos (my cynical take) on the aisle were any good. I needed the “hard stuff”.

So no wonder I can’t find my Springtime go-to Drixoral or Sudafed. They asked me to promise not to cook meth and show my ID and sign here. Gladly. Pato Banton’s lyrics flashed in my head as the nice lady walked me through the anti-meth speech. “I do not snort the meth”….fill in the rest.

So I probably was spending $200 a year on nothing. After two days on the “hard stuff”.: my right ear is unplugged and no further bronchial ick. Praise Jah! Selah! 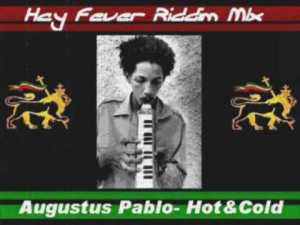 So I’m a little cranky on the mic. WTF Ukraine? Who is keeping an eye on Chernobyl? Quit killing one another and get your eye back on the ball. Yes-eye! Rastafar-eye!

I started co-hosting Smile Jamaica the Fall of the Fall of the Iron Curtain. 1989. (KRCL’s top rank Saturday Night Punk Show by the station’s first Bad Brad – Brad Collins was called Behind the Zion Curtain).

Optimism all around. After a heavy duty Cold War 80s, it was over. At the “end” as I was beginning to play a peace show. Alpha & Omega. 70’s 80’s Reggae always for peace and the 99ers before they were called that. Socialism small “s”. Love your brother. Share your bounty. “Blessed are the meek for they are the children of Heaven”.*

*The Beatitudes. Sunday school never worked on me. I know all my Bible strictly from Reggae Music!

Now we’re back full circle with the Cold War. I am not happy. I will not harangue politics on a music show. Let the music do the talking and pay attention to the prophecy sung in 1974 “rewind and come again” in 2014.

Here is what you can savor from last Sat Smile Jamaica Ark-Ive.

Vinyl warning from the twins. Ruffy and Tuffy: “If the Third World War is a must, Russia and America haffe bust”