One of the things I want to try and accomplish with the Smile Jamaica blog is to introduce readers to new music releases and titles that I favor and listen to for the purpose of “rinsing out” on KRCL 90.9FM krcl.org. Saturday’s 4-7 PM. Smile Jamaica on “your station that rules the nation!”

In the spirit of the season, I’ll start with Soom T & Disrupt – Ode to a Carrot (Jahtari) 2010. (Click link for track list and metadata)

Soom T is the singer. Disrupt the Dubstep producer. Jahtari is a major Dubstep label out of Jah-many.

Here is Smile Jamaica’s definition of Dubstep: heavy bass and dance music that focuses more on the “wobble” at the expense of the “echo”.

Most Post Modern Dub that I have been calling Mutant Dub for 25+ years  is the evolution of Jamaican Dub. Orthodox Jamaican Dub of its 70s heyday, made by guys like King Tubby and Lee “Scratch” Perry, concentrated on turning the vocal inside out and deconstructing or inverting the song structure.

The focus is on delay and ricochet echo of the riddim guitar and vocal; with the drum and bass pushed up in the mix. In Reggae the guitar serves as a rhythm instrument. That makes the perfect soundscape to chop that guitar down stroke (the “chukka chukka” sound of Reggae) into shards of cascading reverb.

The vocal becomes texture as it reverberates or drops in and/or fades out. In the coffee table book Reggae International, by Stephen Davis & Peter Simon, they call this studio phenomenon “X Ray Music”.

Mutant Dub is the European (for the most part) evolution in sound using contemporary UK and German dance music, modern instrumentation and studio craftsmanship while punching up the Jamaicanesque echo in both tempo and volume.

The Holy Trinity in this sound was Adrian Sherwood’s ON U Sound, the Mad Professor and Jah Shaka. They bridged the gap between 70s Roots Jamaica and today’s Dubstep, Lounge, Techno and Downtro. 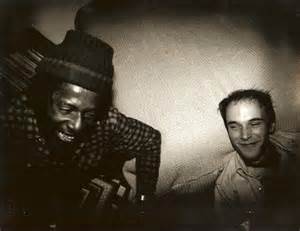 21st Century Dubstep serves to lessen the echodelic environment and goes for over modulating the bass. That phenomenon is where you get the pulsating vibrato effect which has a more dark and ominous sound that is less kinetic and more dense. The brooding and malevolent “wubba” effect. Geared at maximum volume right at your groin.

One of the other components of Dubstep is the tendency to cut all that “murk” by layering in tinkly video game effects and bleeps and boops.

Soom T & Disrupt have crafted a typical Dubstep release in Ode to a Carrot which showcases the “wubba” as well as the 80s Atari lo fi sound.

Soom T is a wee female Singjay out of Glasgow, Scotland. Singjay is a style in Reggae that combines a synthesis of Jamaican toasting along with singing. Think Eek a Mouse or Sister Carol. Singjay = singer + deejay.

In addition to her album, Soom T has been a featured rub-a-dubber for collectives like Mungo’s Hi Fi. Ode to a Carrot is, essentially, a “concept” album devoted to the Seven Leaf; 15 tracks on disk or dubble LP all devoted to Ganja.

I play her with frequency on Smile Jamaica: as a way to get more quality women’s music into the show, herbtunes and Mutant Dub. That’s why I usually call her The Weedstepper on air.

Vocally she has a winsome, youthful voice with a little Scottish burr and sass in her delivery.

The lead off track “Roll It” grabs you by the eardrums with its “Bic flicking” intro and green smoke exhale. Lyrically, it is anthemic pot propaganda full of four letter middle finger salutes in praise of aggressive cannabis consumption in all its style and glory. The thud of the bass is leavened with slicing electronic syncopation while video game effects swirl in and out. “Suck it, f*** it, everybody inhale to get stoooooned.”

“Boom Shiva” is old school video game soundtrack welded to Digital Reggae Sleng Teng bass Riddim underneath Soom T’s double time lyric delivery. The Wubba interlude will make your fillings ping. “Never Get Caught” shows our gal so boastful she brags about selling weed to the cops. She blows smoke their way again on “Puff the Police”. “Puff” being a substitute for another 4 letter word.

“Saved by a Ganja Leaf” showcases her unique rhythmic speed rap over a gurgling bass and chunky pump organ chop chop. She is fearless in her devotion to the Seven Leaf. She inspires me to do the same here on the Smile Jamaica blog. Selah!l

“Puff That Weed” is straight in the UK tradition of 80s speed rappers like Smiley Culture packing dubble the lyrics per BPM. The throwback 80s Riddim has some Dubstep grit in the baseline. She segues into more of a cool down the pace outer space echo on “I Need Weed”. Nice to mix up the flow of the disk for a sense of free from gravity expansion with some old school Mutant Dub stylee.

You could listen to “They Call It Pot” and use it for your research paper detailing the different types of marijuana:  Cannabis Sativa, Indica and Ruderalis. In between her lecture, Soom T vamps it up on the singing part. Very overt video game texture on the mix. “Weed is Sweeter” is smokey Weedstep Lovers Rock where Soom T sings in a very fetching and attractive chanteuse style. She surfs on a more space age classic Neodub riddim that approximates the weightlessness of space. 21st Century Spliff Odd-yssey as opposed to Kubrick’s 2001 Space Odyssey.  Very slinky way to end the set.

Hopefully Weedstep will become as much a perennial sub genre as Mutant Dub has become. At least on Smile Jamaica.