I was reading RT earlier in the month and they are a good source of Extra Terrestrial runnings.

<Oumuamua and the Ancient Astronaut redemption>

Harvard astronomer says alien technology visited in 2017, may have been distant civilization’s trash

You not down with Ancient Aliens on History Channel? Feel free to scoff. This is coming from Harvard University. Not some egghead in the Astronomy Department trying to make tenure.

This came from the Head of the Dept. himself, Prof. Avi Loeb.

The story is this:

Hawaii has the Haleakala Observatory. In early 2017, astronomers monitoring the feed saw a long cylindrical object pass by. The first time something crossed into our galaxy from beyond.

They named it Oumuamua which is Hawaiian for “scout”. I ‘n’ I watched enough John Wayne movies to know scouts were the ones who went out and reported on enemy movements.

Let’s call Oumuamua for what it really is: a probe. An advance craft seeking info throughout the skies and reporting back. Just like we have been doing since Carl Sagan was sending space probes, The Voyager 1977, into the outer reaches of our galaxy.

But in alien pop culture, probe means this:

Everyone tends to think Flying Saucer, but just as prevalent are UFO’s shaped like cigars. Oumuamua is aerodynamic for long haul space probing…err, scouting.

In Prof. Loeb’s forthcoming book,  Extraterrestrial: The First Sign of Intelligent Life Beyond Earth, he describes why it’s not a comet or natural phenomenon:

“What would happen if a caveman saw a cellphone? He’s seen rocks all his life, and he would have thought it was just a shiny rock,”

From the RT article: “The only way to look for [alien civilizations] is to look for their trash, like investigative journalists who look through celebrities’ trash,” Loeb said.

Of course Prof. Loeb’s colleagues are giving the hairy eyeball to Oumuamua’s artificial bonafides and say it’s just a far travelling comet. One which does not have any water vapor tail.

And the scoffing begins with the same dismissive attitude as how humans built massive structures like the Great Pyramids, Puma Punku and Baalbek using stone and bone tools when massive cranes and 21st century technology could not rebuild those ancient wonders today.

Aliens took their tools with them when they left. Obviously.

Loeb has a simple response to those who deny potential new breakthroughs for fear of upending established conventions. “Reality is the one thing that never goes away, even if you ignore it,” he says.

I ‘n’ I don’t have a Ph.D. in Astronomy but that statement fits my personal philosophy of “your perception is not my reality!”

And why does any of this matter? I ‘n’ I was in the mood to play some UFO Reggae 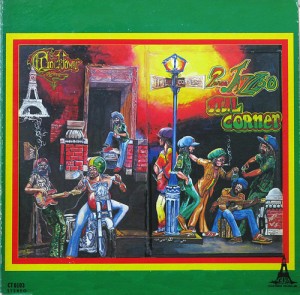